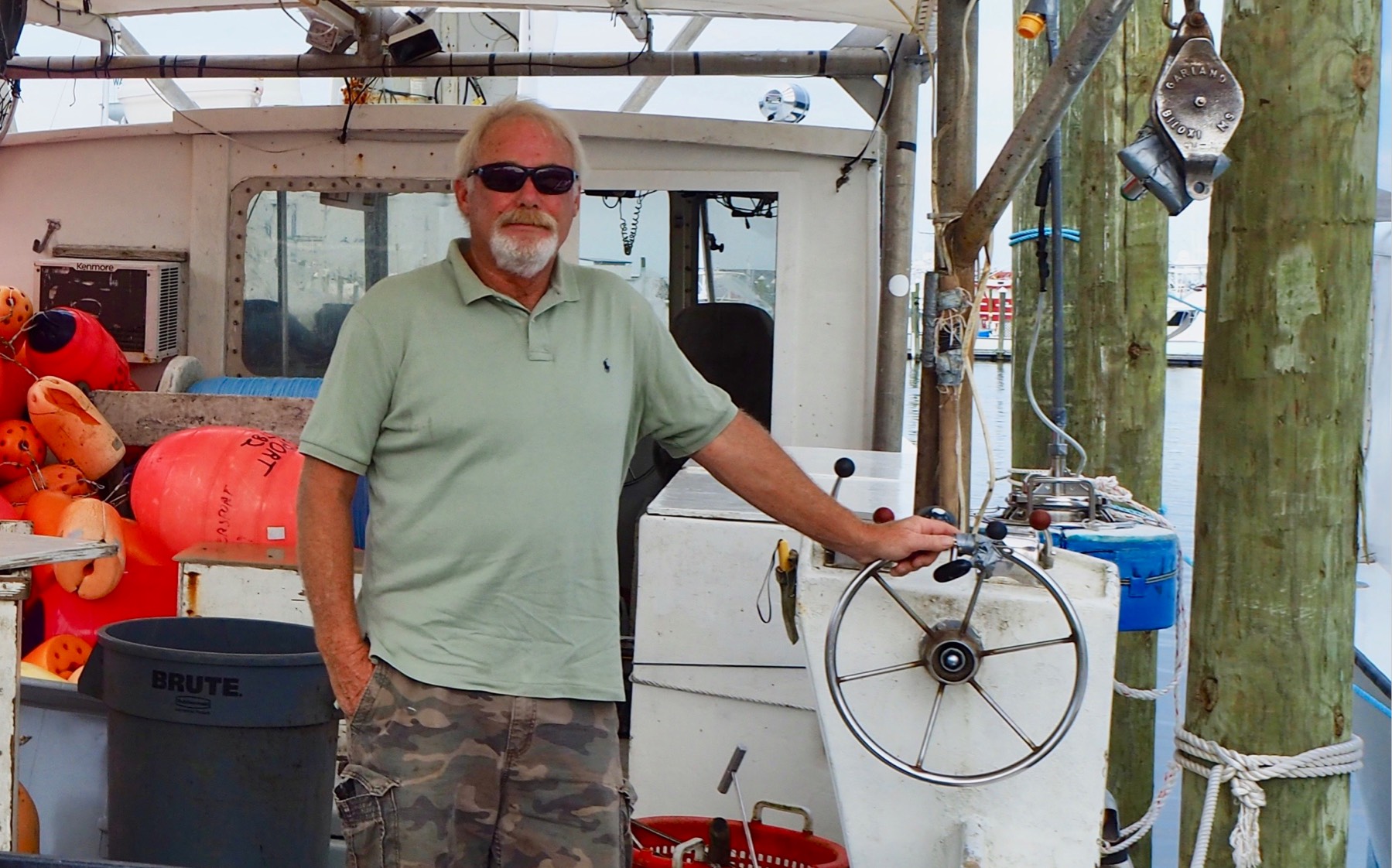 “You do a lot of praying when you’re out here. It’s a tough way to make a living, but if you love it, there’s nothing better.”

Growing up in the coastal town of Hampton, Virginia, Glen Hopkins has spent his life on the water. While on summer break from William & Mary, Glen worked on commercial fishing boats. He didn’t think the gig would last past college. “When I graduated I was like ‘I’m not going back to fishing life’ because that’s a hard life,” he said. “I took a real job for about a year and a half and decided I didn’t like that and I loved fishing.  So, I came back here and I’ve been doing it for thirty years.”

Today he owns and runs his own boat with the help of his two sons. “It’s living the dream,” he says of working with them.  “I tried to get them to do something else, but they love it too.  It’s a hard life.  You have no security whatsoever.  No benefits at all.  You can’t depend on the weather.  You can’t depend on the fishing.  You can’t depend on the markets, you can’t depend on the regulations. You do a lot of praying when you’re out here. It’s a tough way to make a living, but if you love it, there’s nothing better.” In the summer, the three men take the boat out for up to five nights of consecutive fishing.  When they return, they sell their catch to one of the fish houses in Wanchese, where Locals Seafood and other dealers purchase Glen’s product.

Glen recognizes the importance of his role as a steward of our coastal resources. “All us commercial fishermen, we are conservationists.  We’re pro-management. If we don’t have any fish, we can’t make any money.” He hopes to be able to pass on his legacy of engagement with state politics to his sons.  “Otherwise, they won’t be able to do this anymore.” 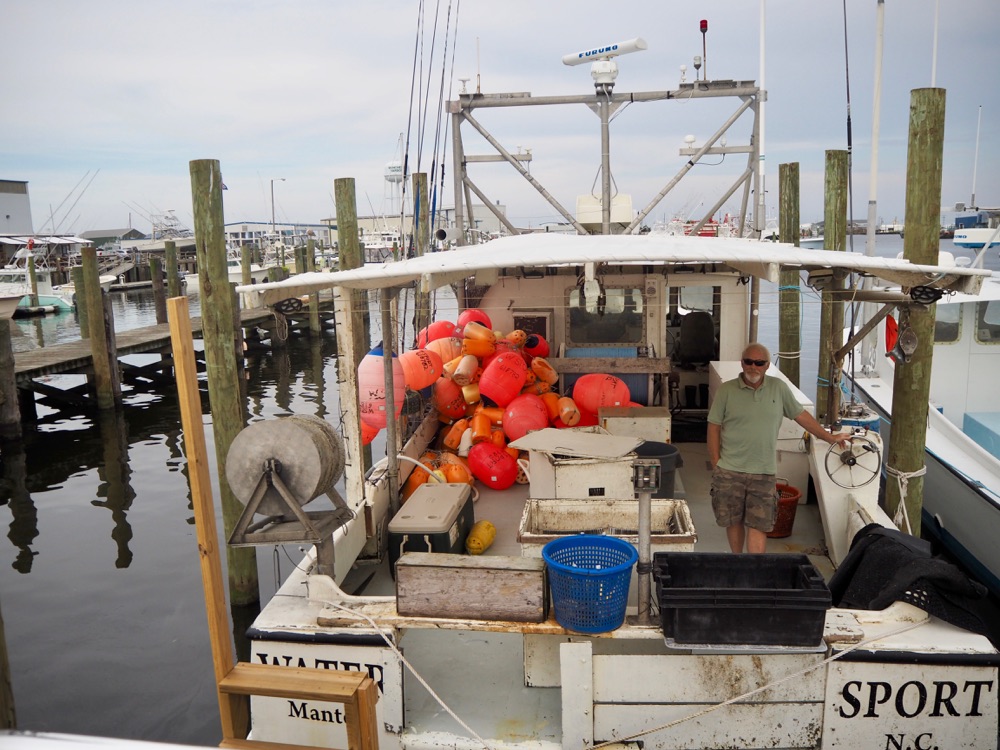 Get to Know More Fishermen & Farmers

PROCESSOR IN WANCHESE
“I love advocating for fishermen because they are hardworking men. They go to work, rain, sun, snow. They battle the elements. They’re resilient people. I love how resourceful they are.”
MEET MICAH 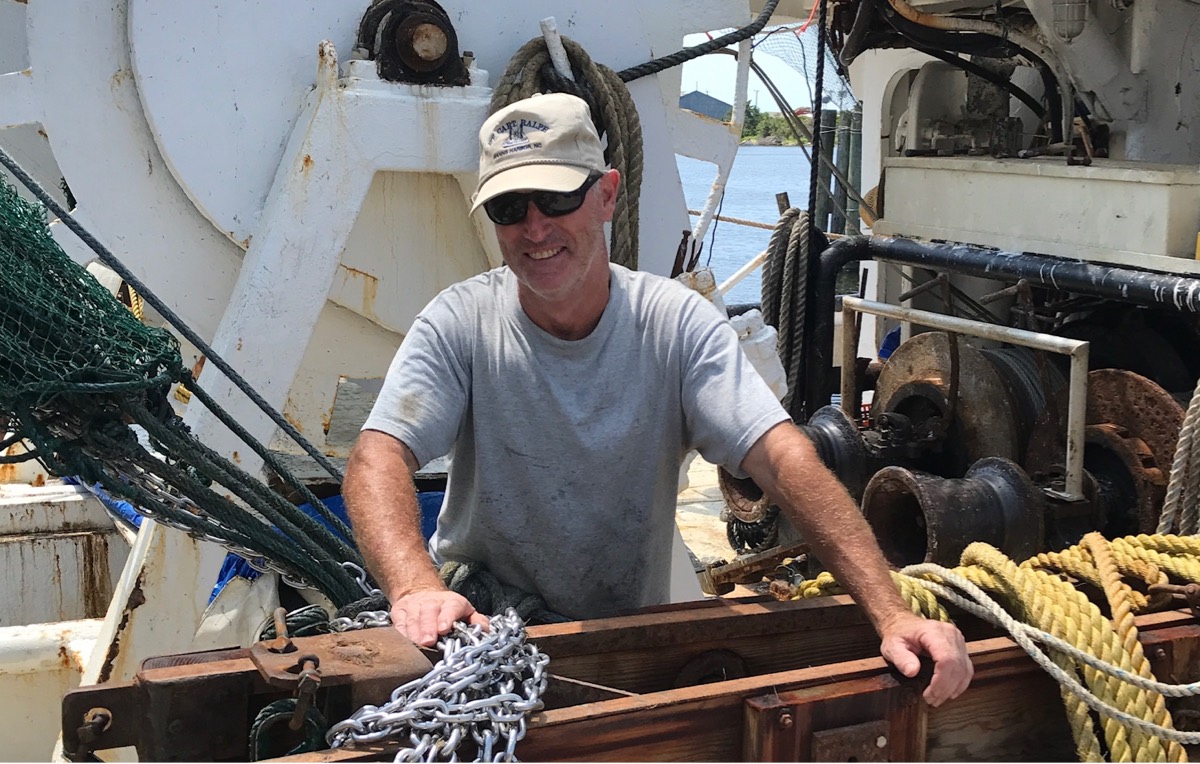 FISHERMAN IN MANTEO
“I couldn’t stay off that water even if I wanted to.”
MEET BUDDY 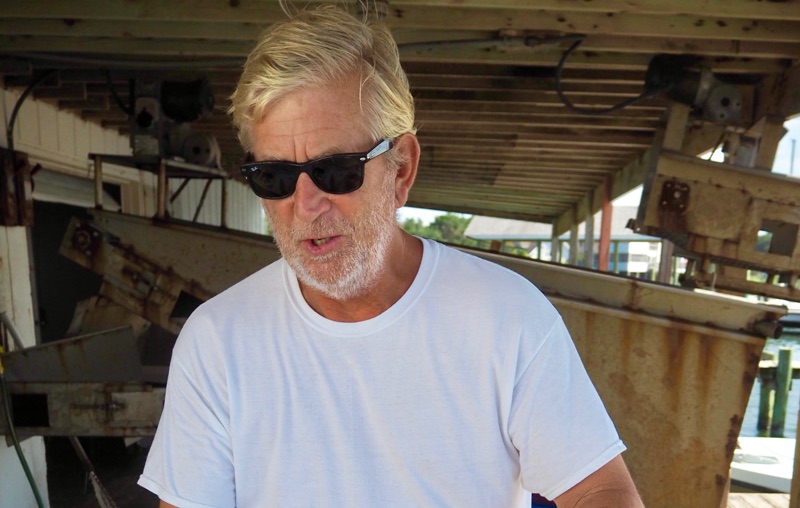 FISHERMAN IN OCRACOKE
Hardy Plyler grew up on Ocracoke Island. After studying at UNC Chapel Hill as a Morehead Scholar, he returned home to Ocracoke and started fishing.
MEET HARDY

< BACK TO ALL FISHERMEN