Driving into New Bern Tuesday morning, we were greeted by dozens of trawlers on the New Bern waterfront, nets drawn, stretching into the air. It was an awesome sight – proud and defiant, commanding attention at the very least and respect from the many of us who had taken the day off work to ask the Marine Fisheries Commission to deny the petition that would effectively halt shrimping in inland waters.

Hundreds of watermen filled the ballroom at the New Bern Convention Center – organizers set out 500 chairs, all filled, with folks standing in the back of the room. For 4 ½ hours we listened to scientists, activists and shrimpers state their cases for and against the petition. At the end of a very long day, the three committees represented voted to deny the petition. We all felt like the day was a success, but a bittersweet one. The fight isn’t over yet. Soon the MFC will meet in Raleigh to cast a final vote on the rule change. We’ll keep you posted as this rule moves forward. In the meantime, we are grateful for our friends who stood by us in spirit and signed the online petition to help save our local seafood. 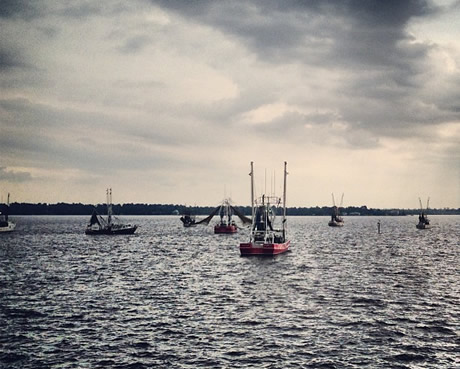 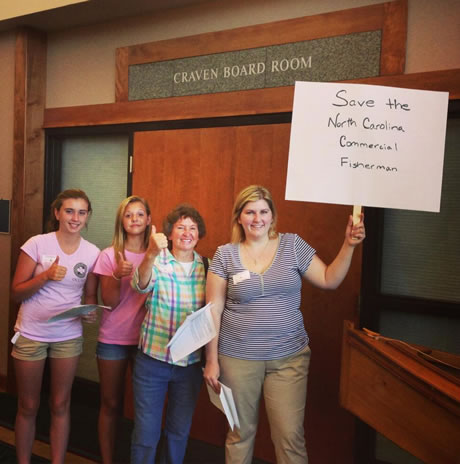