Sheepshead is an ugly fish, but it is one of the tastiest our coast has to offer. Serve this easy meal with crusty bread or rice to sop up the gravy. 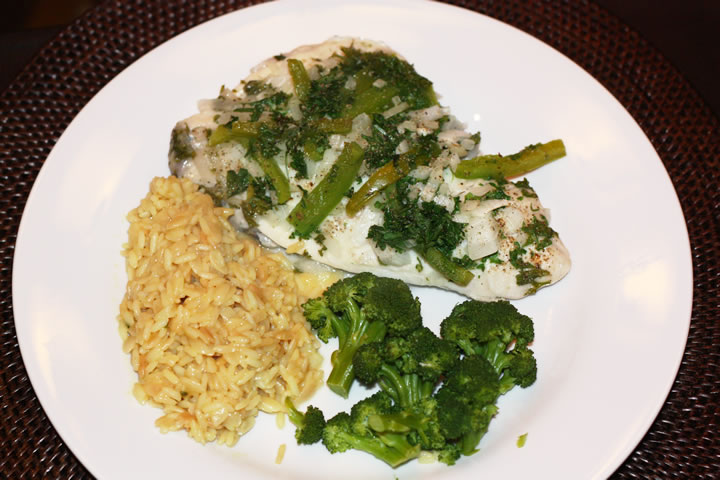 Salt and pepper to taste

Chop the parsley and onion, julienne the bell pepper. Scatter this mixture all over the fillets in the pan.

Pour the white wine and the water over the fish; add salt and pepper to taste. The liquids should nearly cover the fish.

Cover the fish with buttered parchment paper. Cook, basting occasionally, for 15-18 minutes depending on the thickness of the filets, or until fish is cooked through.

Remove from heat and strain the liquid from the pan.

Make a roux by cooking flour in butter until it forms a smooth paste. Lower the heat and gradually add the fish broth to the roux, along with the juice of a lemon, whisking constantly as you add liquid until the gravy is the desired thickness.

Plate the fish with some of the strained veggies and drizzle the gravy over it.

← How to blacken fish Shizzled Shrimp and Grits →